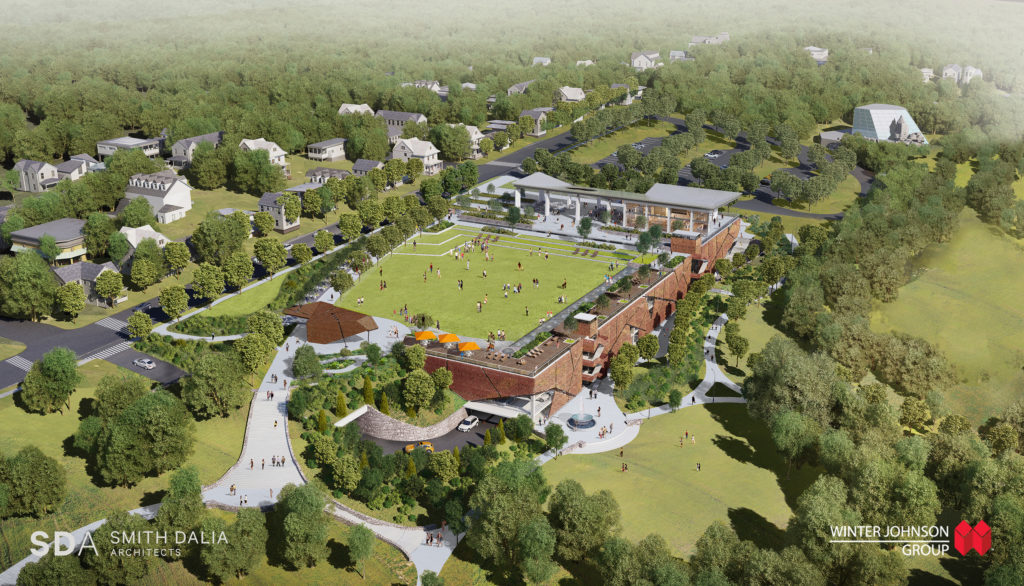 ayor Kasim Reed unveiled plans today for the $48 million Grant Park Gateway Project, a new underground parking and mobility facility which will be located at the site of the existing eight-acre surface parking lot, adjacent to Zoo Atlanta on Boulevard Avenue. The new amenity will feature a park on the roof of the facility with green infrastructure elements and a restaurant highlighting regional cuisine, while providing approximately 1,000 parking spaces. “The Grant Park Gateway will be the first facility of its kind in the City of Atlanta, and earned its name because it provides an entirely new way of looking at the entrance to the community,” said Mayor Reed. “The design benefits the Grant Park neighborhood and respects its history as Atlanta’s oldest park, while addressing parking demands, reducing traffic congestion and improving the overall safety in the area.” The overall project will complement the Zoo’s “Grand New View” project which aims to repurpose the former Cyclorama building to a multi-use, special events facility and expand their entry plaza to the Boulevard entrance. 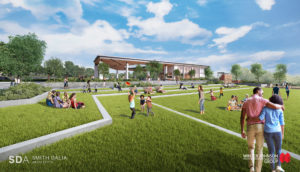 The City of Atlanta will fund the project through a revenue bond and supplement it with additional sources, including the Department of Parks and Recreation’s park improvement funds. The Department of Parks and Recreation awarded the Grant Park Gateway Project to the Winter Johnson Group, and will issue the restaurant request for proposal in the upcoming months. The project is slated to be complete late 2018.